A biography by Mitchell Estrin

Stanley Drucker: Clarinet Master is a complete biography of Stanley Drucker’s musical career written by Mitchell Estrin. Recognized by the Guinness World Records for the longest career as a clarinetist, Drucker retired from the New York Philharmonic in 2009 after a legendary sixty-one-year career with the orchestra. This biography unveils Drucker’s fascinating story from his beginnings in Brooklyn, New York, to his prominence as one of the greatest clarinetists in history.

No more offers for this product!

There are no inquiries yet. 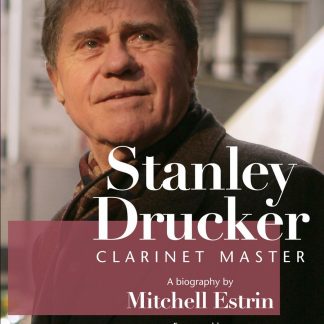